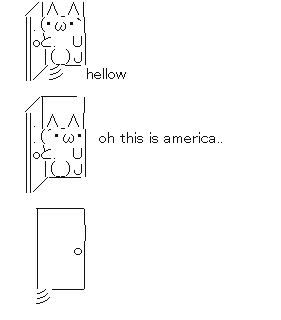 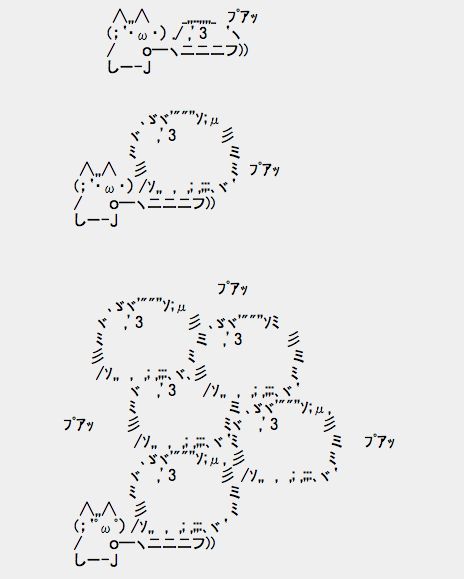 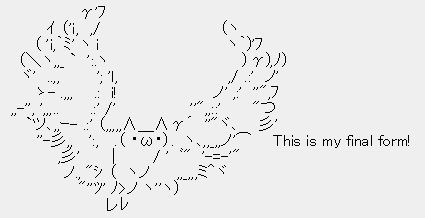 Can i interest you in some 2ch ascii cats in these trying times?

Monā (モナー) is one of the most popular ASCII characters. Along with e.g. Giko Cat, Soy Sauce Warrior Kikkoman and Pedo Bear, he appeared at 2channel.

The character is often accompanied with certain catchphrases popular on the site, such as omae mona! (“I know you are, but what am I?”) and kimee! (“Gross!”). Mona is the collective property of the 2channelers—no single person owns the copyright. But when music label Avex tried to commercialize Nomaneko products, 2channelers fought back with everything from legalistic nitpicking to death threats

Unlike Giko Neko, Monā has been entirely created on 2channel from a troll thread. In it, some user constructed the Monā character with his keyboard and had him say a standard complaint about Internet forums: “You people have too much free time”. The first post following up to this simply copied and pasted the artwork and said, “You too!”