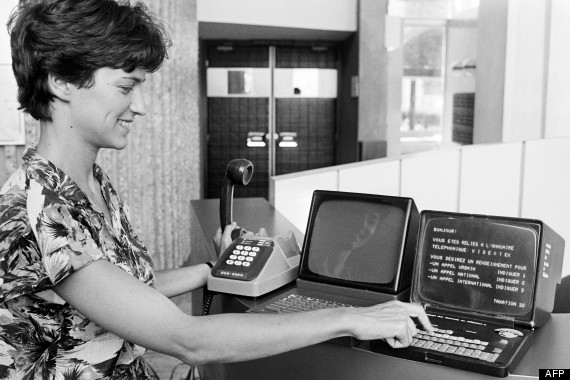 TO GO WITH AFP STORY BY EMMANUELLE TRECOLLE AND BONIFACE MURUTAMPUNZI
(FILES) This file photo taken on August 9, 1979, in Issy-les-Moulineaux, outside Paris, shows a woman posing next to a Minitel prototype. Three decades after it launched, the Minitel — a made in France forerunner to the Internet that at its height was installed in nine million homes — will shut down for good on June 30, 2012. Once at the cutting edge of technology, the Minitel allowed users in France to check the news, search phone directories, buy train and plane tickets, make restaurant reservations and even take part in online sex chats long before similar services existed elsewhere. AFP PHOTO / BINH